The Alpaca is one of the four South American camelids together with the blade, vigogna and guanaco and we think that it was the first domestic livestock made the world.

On some Peruvians dated archaeological finds over 4000 years ago can see flocks of Alpaca conducted by pastors on Andean mountains. These animals were in fact one of the fundamental pillars for the survival of the Incas: The Alpaca wool supplied them for clothing and his flesh was one of the rare protein in their diet while its their feces is transformed into an excellent fuel for the heating. With the Spanish conquest of Peru, the Alpaca was almost completely destroyed to facilitate the introduction of the sheep. If the Alpaca managed to survive to this day it has only to his incredible ability to adapt to the climate. Halfway around 800’s, Sir Titus Salt made known to the Western world fabulous quality of wool of Alpaca, giving a new impetus to such intensive animal. 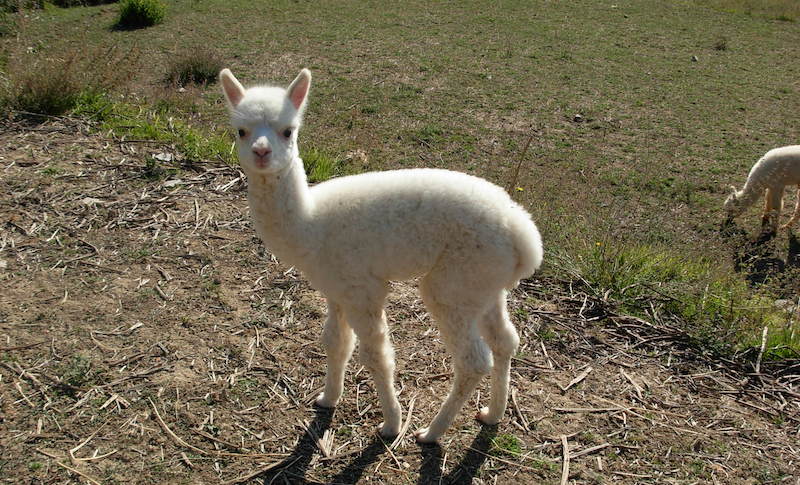 There are two breeds of Alpaca: Suri Alpaca wool that has a smooth and shiny which is very much like the silk but that is only 1% of the world’s population and the Alpaca Huacaya instead, which has a voluminous wool, wavy structure and elastic.
The alpaca surpasses in beauty, intelligence, cleanliness, health, curiosity, patience and ease of maintenance almost any other animal “domestic”. They can be domesticated as dogs, brought to walk, jump obstacles and respond to acts of the owner and the tone of his voice.