Posted by Webbew.it on %I:%M %p in Articoli | Comments Off on MG – Calda carezza 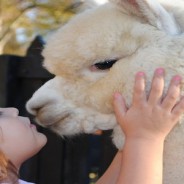 Breeding and selling Alpacas and Angora goats, yarn and garments in Alpaca wool and Mohair.

Posted by Webbew.it on %I:%M %p in Articoli | Comments Off on Profile 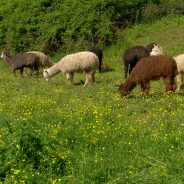 Breeding and selling alpacas and angora in italy! A Calice alpaca lives as at the top of the Andes from the Andes to Villagrossa di Calice al Cornoviglio. On the trail of alpaca wool and valuable. Strictly made in Val di Vara. In this adventure Georgia Maghelli, has played his future like entrepreneur. Farming of alpaca and angora goats with the production of valuable lane in the microclimate of Calice. Quota six hundred metres. Reality alone in Liguria. She worked in La Spezia. But she wanted to make other experiences. Start something that was not already in her valley. Then the documentary on alpaca and the concepts to take shape. Trips to Switzerland to test a project. Thousands of data, accelerated courses, full of information. It can be done! A chain of wool with stables and adequate local processing of raw materials. Becoming the flock, the precious revenues yarn and you do work to the locals. At eleven copies of the first choice, long neck, face from puppies originating in Peru and two llamas, two in all, dedicated to trekking, economic resources of support. A symphony of warm colors, brown, hazelnut clear up to a grey rose, last fortuitous intersection. You look at the aspect of the animal and is thought to micron wool. Then of angora goats, rare and difficult to acquire, to produce the precious mohair, but with the determination of Georgia, nothing is impossible and the dream turns into a wonderful...

Posted by Webbew.it on %I:%M %p in Articoli | Comments Off on The Alpaca 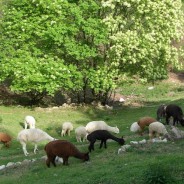 The Alpaca is one of the four South American camelids together with the blade, vigogna and guanaco and we think that it was the first domestic livestock made the world. On some Peruvians dated archaeological finds over 4000 years ago can see flocks of Alpaca conducted by pastors on Andean mountains. These animals were in fact one of the fundamental pillars for the survival of the Incas: The Alpaca wool supplied them for clothing and his flesh was one of the rare protein in their diet while its their feces is transformed into an excellent fuel for the heating. With the Spanish conquest of Peru, the Alpaca was almost completely destroyed to facilitate the introduction of the sheep. If the Alpaca managed to survive to this day it has only to his incredible ability to adapt to the climate. Halfway around 800’s, Sir Titus Salt made known to the Western world fabulous quality of wool of Alpaca, giving a new impetus to such intensive animal. There are two breeds of Alpaca: Suri Alpaca wool that has a smooth and shiny which is very much like the silk but that is only 1% of the world’s population and the Alpaca Huacaya instead, which has a voluminous wool, wavy structure and elastic. The alpaca surpasses in beauty, intelligence, cleanliness, health, curiosity, patience and ease of maintenance almost any other animal “domestic”. They can be domesticated as dogs, brought to walk, jump obstacles and respond to acts of the owner and the tone of his...

Posted by Webbew.it on %I:%M %p in Articoli | Comments Off on The Angora Goats 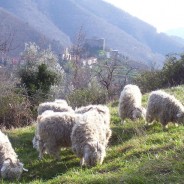 The goat of Angora is a goat original of the province of Ankara, in Turkey, which derives its name. The first example of this animal arrived in europe probably around the middle of the “500” with Charles V. Famouses for the beautiful goat wool, mohair that the Turkish “mukhyar”, a term that is used to indicate the most valuable fleece. Each copy will produce between 5 and 8 kg per year. The Angora goats are mow twice a year in March and September, unlike many other goat breeds that require a single mowing. For many centuries of Angora goats for the Turks were a valuable asset to be protected through official Sultani bans the sale of live animals outside the borders of the country. Today, breeding of this goat is very common, as well as the country of origin, in South Africa and the United States. Even in Europe is raised (France, England, Germany, Italy and Switzerland) although volumes fiber products are very modest. It is a goat of small size, with spiral horns in the male and female in the back straight, the fleece is usually white and shiny, too long to 25 cm. Researched in cooking for the meat tender and always taste much less wild than other national races. Our flock, derived from high quality garments purchased in France, is now composed of some forty tame animals, all in good...